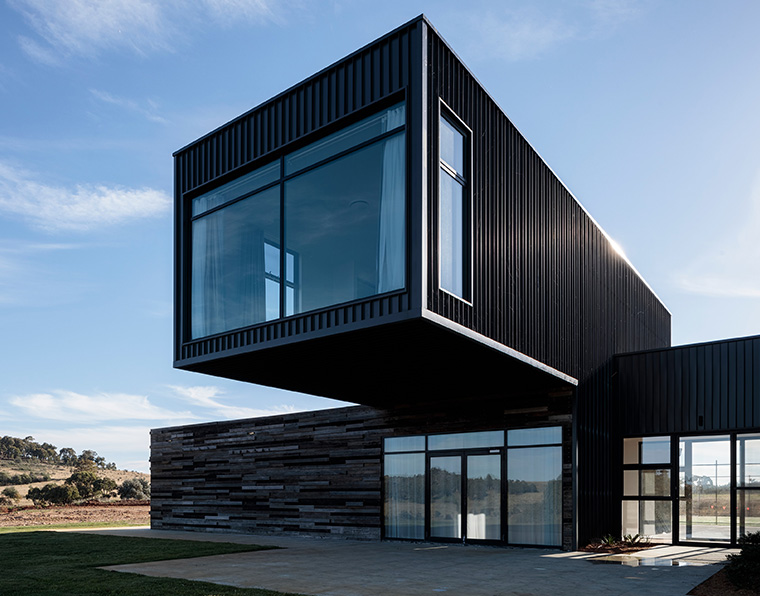 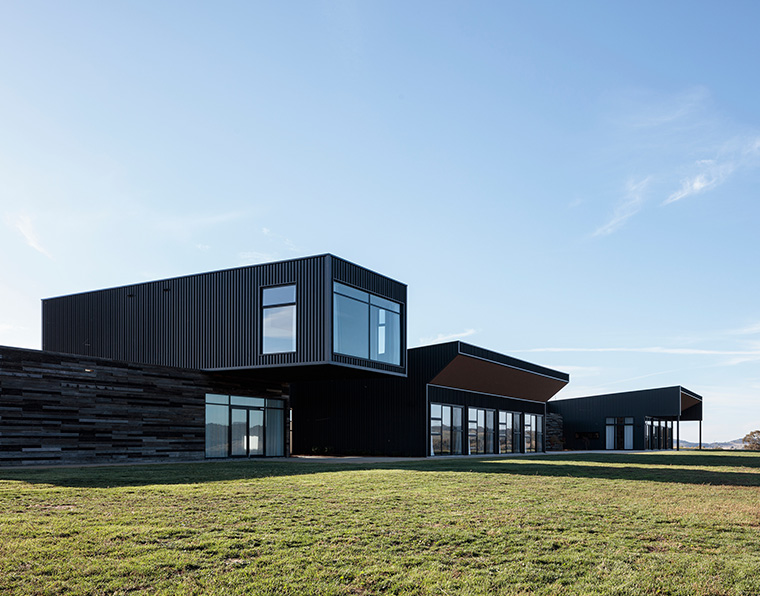 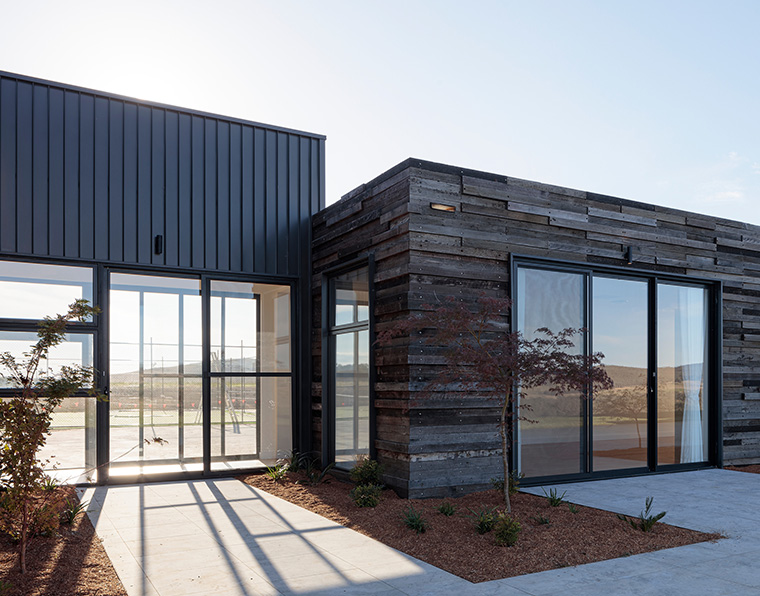 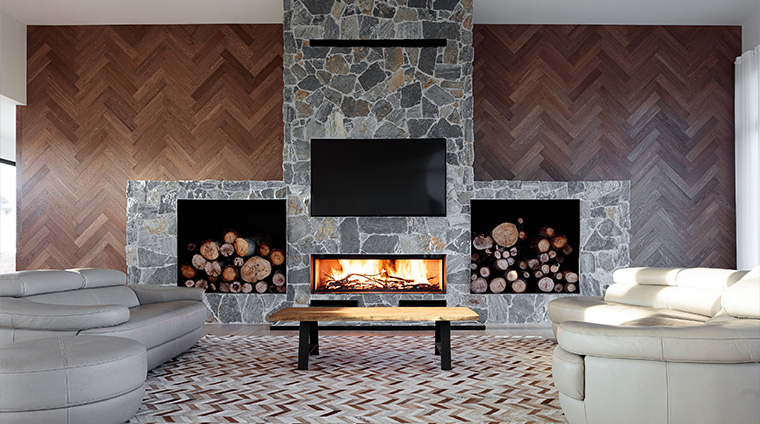 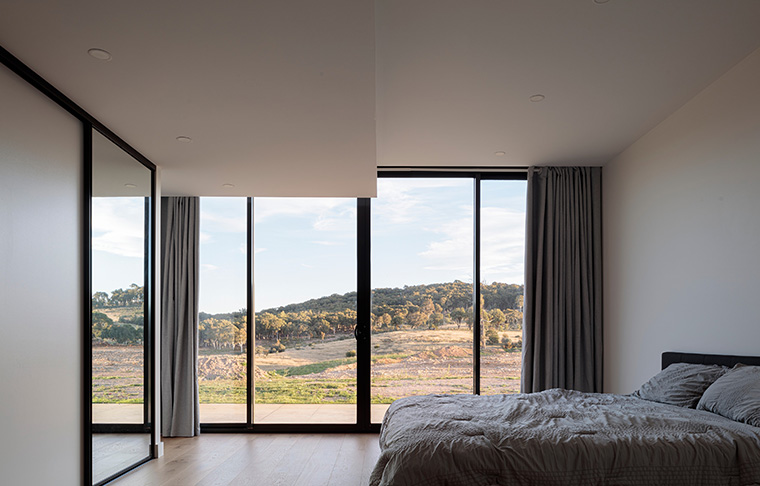 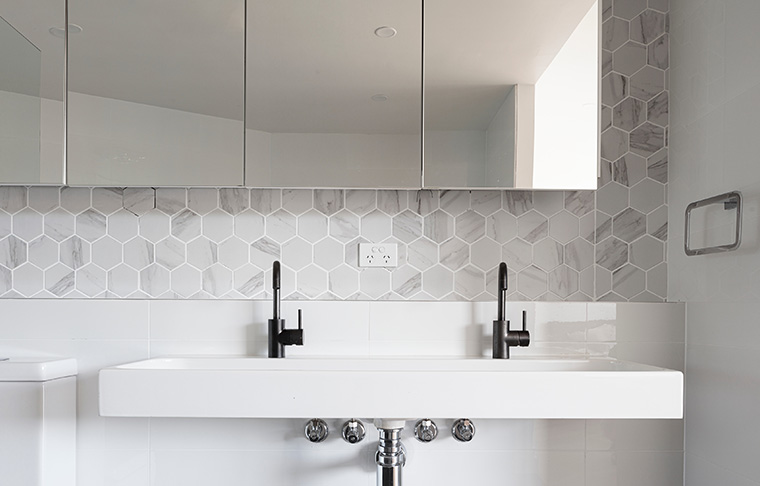 Perched at the highest point of the 200-acre site, NANIMA is a stunning example of modern Australian architecture. The generous 700m2 homestead stretches 90m in length and takes full advantage of the sweeping views over Murrumbateman—all the while creating a captivating visual of its own.

NANIMA represents a breathtaking architectural feat. The bold and edgy built form incorporates an existing two-storey dwelling—an impressive cantilevered structure that has been repurposed and relocated to its new home. The exterior features recycled hardwood, sleek colorbond cladding and stone, providing continuity between old and new in this grand rural setting.

Six bedrooms, each with its own bathroom, and multiple living and breakout spaces make this an expansive luxury retreat like no other. The central living area draws you in, the entire southern wall clad in timber and stone around a gas fireplace.

Large, double-glazed windows feature in every room, ensuring the view is always front and centre. Timber flooring throughout adds to the feeling of integration between inside and out. The luxurious bathrooms include floor-to-ceiling tiling and high-quality finishes, creating a clean and modern look.

Passive solar principles include orientation to capture the morning sun in main living areas, cross ventilation, and a concrete slab which makes use of thermal mass.

Every inch of this home commands attention, its beauty and function defying the humbleness of its recycled and industrial building materials.

Nanima is a locality in the Yass Valley Council area of New South Wales. It lies on both sides of Murrumbateman Road between Murrumbateman and Gundaroo, about 37 km north of Canberra.

The NANIMA residence is located on a 200-acre (82 ha) estate and is part of a wider, staged master plan that will include a solar farm, vineyard and supporting facilities such as a horse-riding track.